The LGBTQ Fund at BCF

Over the course of the last three years, BCF has been listening and developing a way to fund organizations that address issues affecting young Baltimoreans who identify as LGBTQ. The […]

October 17, 2019 After months of work, the Kirwan Commission has released its cost estimates and a draft funding formula that would allow the state of Maryland and its local […]

September 24, 2019 Trauma has reached buzzword status in the media. But what is trauma, and how do schools help children deal with the trauma they have experienced? On Sept. 24, […]

School Board reflections with Cheryl Casciani

August 16, 2019 We’re sitting down with Cheryl Casciani, the outgoing president of the board of commissioners of the Baltimore City Public Schools (she’s also BCF director of special projects). […]

April 23, 2019 The Baltimore Women’s Giving Circle is a major grantmaking force in Baltimore. With over 450 members, the Circle has made $5.3 million in grants to organizations that […]

March 13, 2019 Judy Centers bring together community resources to help families get their children ready for kindergarten, and Baltimore’s Judy Centers have been showing success in improving school readiness. […]

January 11, 2019 Maryland’s lawmakers approved legislation last year that requires the Maryland Transit Administration to lay out a long-term plan for the region. What does that mean? On January […]

December 11, 2018 BCF recently commissioned a report on equity and school funding in Maryland from The Education Trust which shows deep gaps in funding across Maryland, particularly in districts […]

Donor-advised funds: A solution for streamlining your charitable giving

November 30, 2018     Believe it or not, the holidays are approaching. Time with family inspires conversations about giving. And as the year end approaches, people often consider tidying up their […] 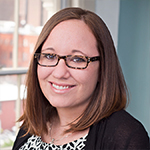 November 14, 2018 A donor-advised fund is a convenient and powerful used by many BCF donors carrying out their charitable giving plans. But how do they work? We’ll sit down […]

Baltimore Community Foundation will be closed on Martin Luther King, Jr. day. Staff will be working remotely during the month of January, as well. Thank you for your support and we look forward to serving you in 2022.